Punishments are one inevitable action in every family as long as there are young kids. Am sure you know my reason for such statement is that ” Kids are mostly mischievous, annoying and quite disobedient”. Punishments to children are seen as wickedness, hatred, a display of anger and so many other strange things they tend to imagine, but parents see punishment as a way of showing that they love, cherish and care for their kids.

At tender ages understanding, this fact is quite difficult, and that is why most parents make statements like ” You will not understand till you give birth to yours” or ” When you have your own children, leave them to behave as they want and don’t beat nor punish them” or “ You may not understand that the reason we are doing this is because we love you and want you to become a better person”.
The most amazing and funniest aspect is the way most parents are able to construct, create, and cook up some very strange and weird punishments for every offense committed by a child. Some people wonder how parents get so creative as to know the perfect punishment to give to their child that would get to them and hurt them more than when they are been spanked.
The truth is every parent know their child and what they love or hate and these are the medium to which they are able to get the perfect and befitting punishment. Just to correct a child most parents give some punishments that would get you pondering over the motive of such parents and if at all they are aware that some of those silly punishments may have a future effect or repercussions on such kid.

Samples of Such Weird Punishments Parents Give to Kids 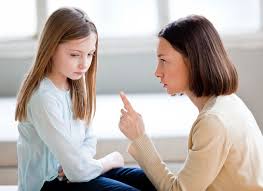 There are so many very creative punishment parents has given their kids at some point in life, such as hug trees, sort out word puzzles, report for passages read in a book, feed an animal known to be terrifying to the kid, go to bed hungry, and some others that are listed below that would bring back some good old memories to some people.

This punishment is given to kids when the order of not attending an event or going to a particular place is not adhered to, then there is an automatic restriction of movement no matter the event or occasion for weeks or months depending on the height of the offense.

This is a very popular African punishment, in fact by the time you are done either doing a frog jump or driving Okada that body would not be the same and the punishments of about 15-20mins would leave me in serious body pains for three days.

LEARN TO BE PATIENT

This punishment may sound weird, but then parents use it to teach a child patience, for instance, a meal is being prepared and that knows its almost ready but is being impatient, bratty and annoying with his/her actions, when the food is ready some parents make the child waits for like 30minutes before they are served their meal.

WRITING THINGS NOT NECESSARY OR TO BE USED

This punishment is not tied to any offense, it could be given at any point in time. This punishment is just to be given a book either a textbook, dictionary, an encyclopedia or any book at all, then the child is told how many pages to write and told to copy word for word into another notebook. How stressful and what a total waste of time.

Punishment like this is given when a child commits an offense of throwing stuff, then they are given a bag of something to count, else they won’t get back their toys or gadgets.

This might sound like it is not a punishment at all , but to most educated and civilized kids making them watch or do what they do not like is a big punishment, so some parents can make their child either watch a TV station basically for “Politics” or “News” for several hours non -stop.
LEARN SOMETHING
A brilliant idea you think right? do not get excited yet though the punishment might sound good then it has the bad side. Parents ask their kids to learn something new, like words they are not familiar with and then not as simple as 5 words, but as shocking as 5o words and at the end of the day when they get back from work they would ask them questions about those words. is this hmm…….

WRITING ARTICLES RELATED TO YOUR OFFENCE

“My best friend and I snuck out and walked to the nearby convenience store late at night in 6th grade. My father made me write a 20-page research paper on Watergate. I have no idea why he chose the topic but the knowledge has come in handy many times.”

PERMITTED TO HEAR BUT NOT SEE

“I desperately wanted to order WrestleMania. Well, I was acting like a little shit, so my dad ordered WrestleMania, sat in the living room, watched it, and made me sit in the other room where I could just barely hear it but couldn’t see it.”

THERE IS LOVE IN SHARING

This is a very common punishment for siblings who fight for one thing and are not ready to let any of them have it peacefully. Once my sister and I were arguing over some cheap plastic recorder (the musical kind). I wanted it because she wanted it, and she wanted it because I wanted it. In the end, my dad walked up to us and settled it by breaking the recorder in half and handing us each a piece.”

Most kids had their room well furnished with all they want and when they annoy their parents, they are then grounded from entering their room instead of to their rooms which gives them happiness till further notice from parents.

“One time, my parents got fed up with my sister and I fighting over the TV. So they changed the audio to another language and hid the remote. At another time they refused to subscribe the decoder for two months so that there could be peace for a little while.

yes, kids hate to be asked to memorize things so giving kids a book either in literature, science or art to memorize is a punishment and worst of all when it is done with a sibling they just fought with. it could be unbearable.

AWAY FROM THE CROWD

Whenever a zero was posted for any assignment, we had to sit in the shower for one hour. This was for each zero, any day until that zero was taken out of the grade book. Don’t think the water would be on, it is just to sit in the bathtub with school books and no phone, no music, and no company.”

Whenever I get my parents so angry and they just want to jet back me in the same way, so I could also be very unhappy, all they just do is cut my hair till all can see my shinning skull and it makes my friends tease me.

GOING TO A PUBLIC SCHOOL 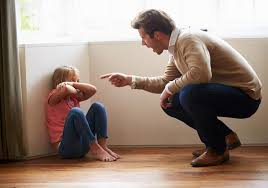 A switch of school is not always loved by kids, as they seem to be already used to their school and friends made there already. This most painful to them is that they don’t even get to change to a higher or better school but to a low-class school as a public school.

When I was little, I was terrified of dogs, but I got toy robotic pup for my birthday from an aunt. When I got in trouble, my mom would sit me down at the table, scold me, and turn the robot dog on.

Kids who had tutors as parents get having to serve a writing punishment whenever they do something wrong. They write an essay or comprehension passage, of what they had done wrong, why it was wrong, and what we should have done instead. We had to cite sources and use outside information or research.

Some parents just get to tease their children with someone they are scared of either a masquerade for typical African parents or even the cops as cited below. “My mom once told me she “called the cops” on me after I took something I wasn’t given”. She didn’t actually, but since I was tender, I really believed it! I hid in my room for hours, scared that the cops were coming to arrest me.

WHAT I GET FOR BEING BORED

“When I was a kid, anytime I made a mistake of saying to my grandfather hearing that I was bored, he’d make me read the newspaper next to him.”

I didn’t want to eat my food one day and my mum left me until the food was cold knowing well I hate to eat cold foods, no longer appetizing and she sat me down and made me eat more than I should have eaten if I had eaten my meal myself.

I had always been warned about being careful and very calculative as a lady to know the portion of food enough for everyone. And once I messed up so bad that there was so much food about to be wasted, and my mum refused to do but rather said I alone would continue eating that meal till it gets finished, even if it takes one week.

My parents always wanted things to be done appropriately and they expect me to be intelligent and smart as not to forget some very important rules, one fateful day I forgot to use the seat belt in the car and we got caught, and mum had to spend some money, even though she explained to the officers that I was just a growing child. When we got home I was made to seat in the car for the number of hours mum had to waste in the cause of settling the issue, and the money spent was deducted from my allowance.

READ ALSO  Disability not a Setback, Meet Amazing and Famous Disabled Personalities
Tags
different weird punishment that would crack u how to correct a child Kids parents punishments given to kids by their parents
Facebook Twitter LinkedIn Pinterest Reddit WhatsApp Share via Email Print 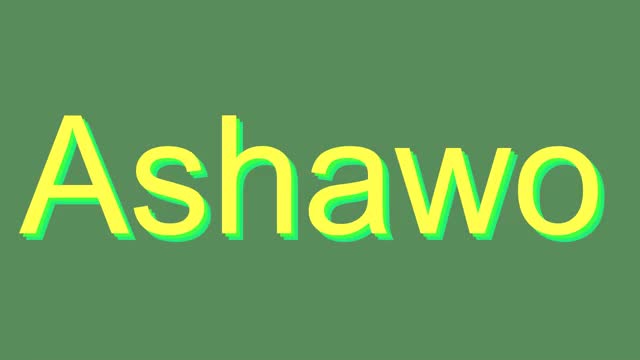